It is difficult to date exactly from what time men have been living in Belle-Ile. Precambrian era, primary era, secondary era, quaternary era; For more than five billion years, continents and oceans have been competing for space on the surface of our planet.

In the Quaternary period (-2 million to 7,000 years), climatic variations cause considerable fluctuations at sea level. On several occasions, Belle-Ile is isolated and then attached again to the continent.

Paleolithic [age of carved stone] (- 700,000 to - 10,000 years)
- 700 000 years: Certificate of human presence in Armorica thanks to the presence of primitive tools roughly cut in pebbles, sandstone and quartzites found in quarries in the middle valley of the Vilaine.
- 300 000 years ago: Date of the oldest listed habitats in Bretagne and appearance of the first bifaces found all around the coast of Bretagne. Traces of prehistoric men have been dated to around 300 000 years in the region of Quiberon.

In the southern islands of Armorica, the presence of man (Homo Sapiens) is attested by the discovery of some tools from the Middle Paleolithic period (- 100,000 to 40,000 years). These are flint flakes, scrapers, arrowheads, polished axes, cut stones, broken pebbles, bifaces and pottery remains, found in Belle-Ile. These tools of flint (nonexistent on the island) attest to the presence of the man at a time when the island was connected to the continent. It is dated between 100,000 and 75,000 years ago. It's the Neanderthal era.

At that time, the climate is very cold. The North and South Poles have fixed huge amounts of water, resulting in a significant drop in the level of the oceans: less than 100 meters above the current level. Belle-Ile is not yet an island.

With the global warming and the melting of glaciers, the rise of the waters once again separates Belle-Ile from the mainland and the inhabitants of this period become the first islanders.

Gradually the sea enters between Belle-Ile and the continent around -7000.

In Celtic times, Belle Ile is the largest of the islands of the archipelago of Morbihan where the Venetians, navigating people, live. The island is devastated by the Vikings in the 9th century and rebuilt by the Benedictine monks who divide the island into 4 parishes.

The island is regularly stormed over the centuries because its geographical location is strategic to the continent to provide drinking water. This is why Vauban built in the 17th century a watering hole at the foot of the Palais Citadel for the storage of drinking water. The fortifications are regularly modernized until 1870. 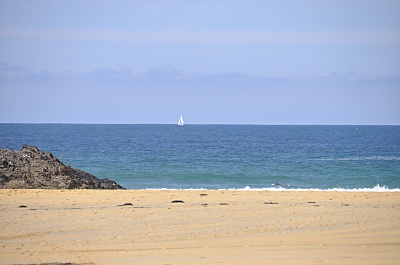 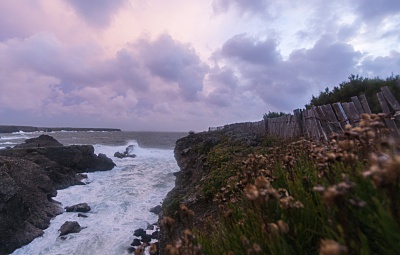 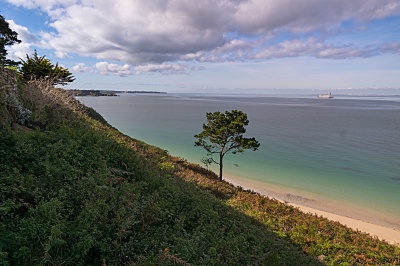